Use one of the services below to sign in to PBS:

You've just tried to add this video to My List. But first, we need you to sign in to PBS using one of the services below.

You've just tried to add this show to My List. But first, we need you to sign in to PBS using one of the services below.

Get extended access to 1600+ episodes, binge watch your favorite shows, and stream anytime - online or in the PBS app.

You may have an unactivated SCETV Passport member benefit. Check to see. 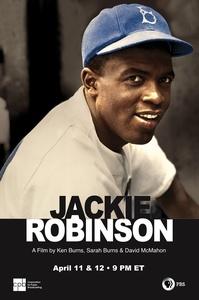 Jack Roosevelt Robinson rose from humble origins to cross baseballs color line and become one of the most beloved men in America. A fierce integrationist, Robinson used his immense fame to speak out against the discrimination he saw on and off the field, angering fans, the press, and even teammates who had once celebrated him for turning the other cheek. After baseball, he was a widely-read new

For more than three decades, Ken Burns and his colleagues at Florentine Films—directors, writers, producers, editors, and cinematographers—have produced some of the most critically acclaimed and most watched documentaries on public television.

Ken Burns reveals fascinating stories about the legendâs life on and off the field. Available now on DVD and Blu-ray.

Get it on iTunes